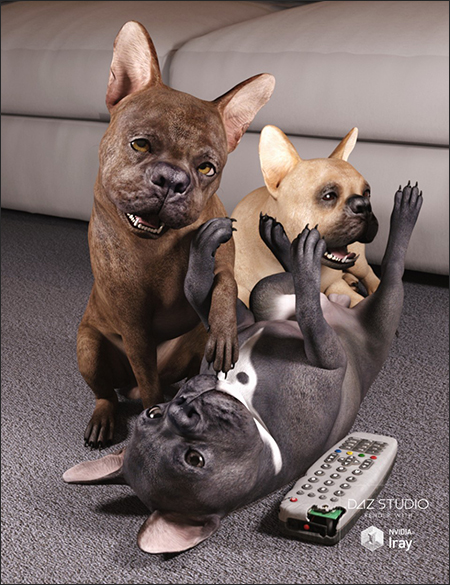 While the French Bulldog may look sad or glum they are really playful, affectionate and sociable. This breed prefers the couch to a swimming pool. However, the French Bulldog is as comfortable in an apartment as on a farm. Perfect for any scene!