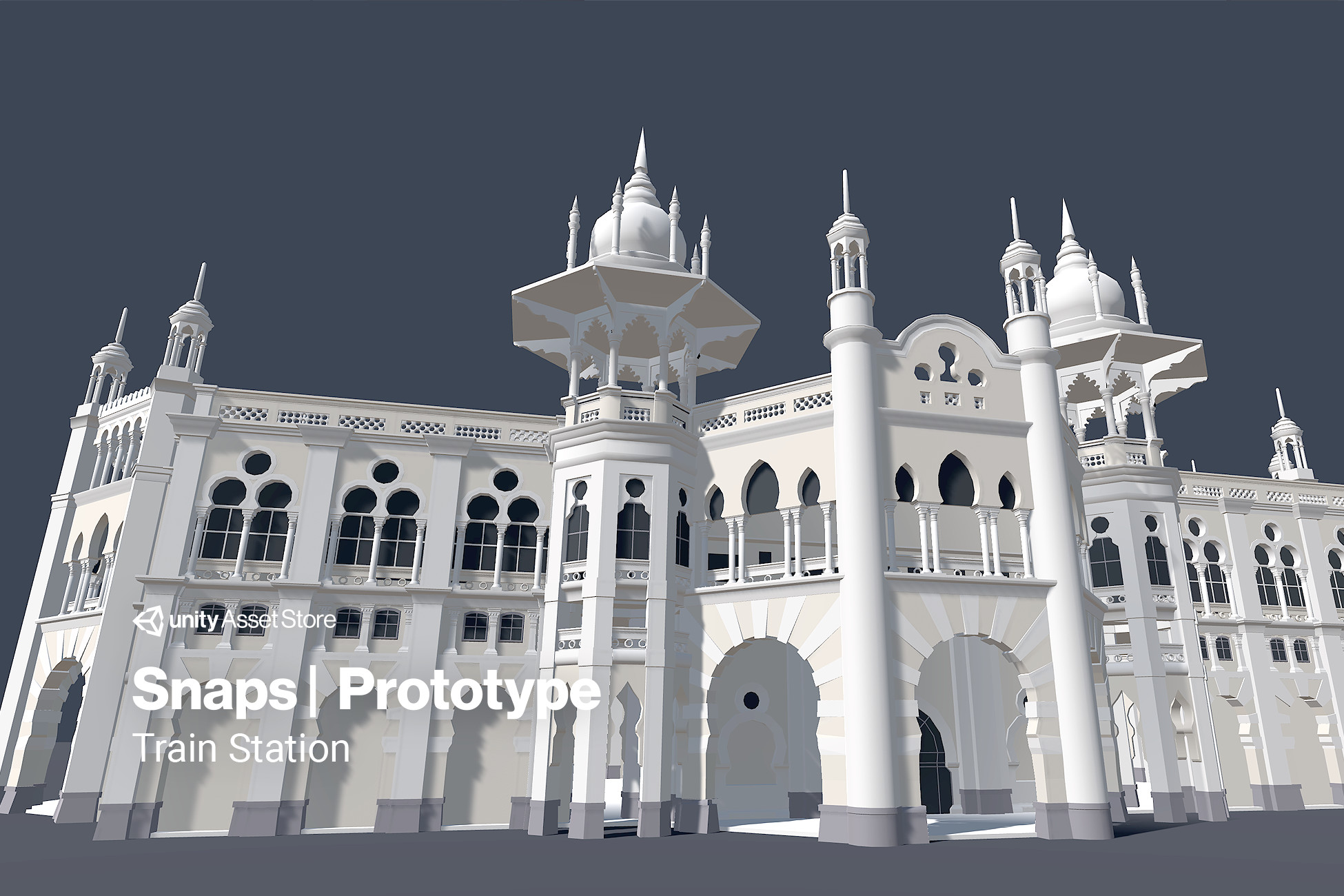 The Snaps ecosystem is ideal for anyone who wants to prototype and build projects quickly.

Snaps Prototype | Train Station includes:
– More than 180 3D models of modular environment and props, allowing fluid creation of level art and environments
– Prefabs of each asset allow full freedom of control to modify them as needed
– A beautiful sample scene that allows limitless scalability of this theme

Each Snaps Prototype pack caters to a particular theme to provide a little added visual boost beyond typical cubes and planes prototypes. The themes also provide additional visual communication for concept artists and a visual “feel” while prototyping gameplay. The assets were modeled entirely with ProBuilder so they can be further customized or modified using the Probuildarize tool to enable editing. All models have their UVs unwrapped and are ready for textures to be applied.