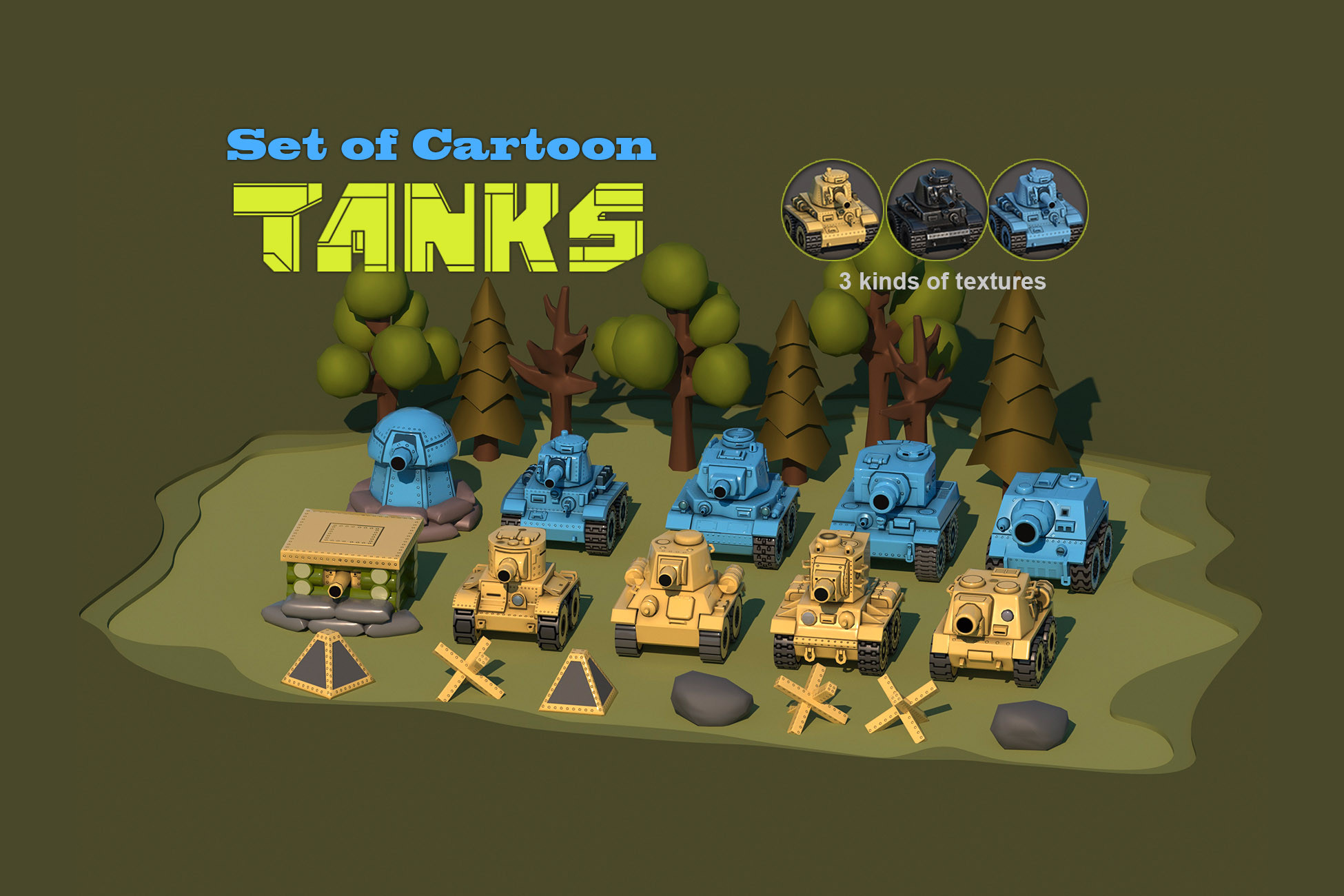 8 unique 3D models of tanks in the cartoon style and 16 animations for them. There is also a model of a battle tower and a bunker.

In addition, as an example, the project has scripts to control units. Tanks can move to direct the cannon and shoot, under the control of the player or standalone.

| FEATURES |
– 8 models of tanks on the subject of WW2.
– 3D models of battle tower and bunker, trees and antitanks blocks.
– Added a new unit aircraft BF-109 from the future set “Set of Cartoon Aircraft”
– Added new unit “Ship” from the future set “Set of Cartoon Ships”
– Added the ability to change the color of tanks or add any texture.
– Added a new texture set.
– The demo scene which includes scripts, sound and game effects.
– For each unit a set of 3 textures.
– Materials and textures are two types of PBR 2048×2048 and Mobile / Bumped Specular 1024×1024.
– 1200 – 1700 tris Good for performance of your games